Irritable Bowel Syndrome or IBS is a chronic condition that can affect up to 10-20% of people at some point in their life. Monash University in Australia believes that 1 in every 7 adults suffers with IBS. Symptoms include abdominal pain and discomfort, bloating, wind, distension and altered bowel habits (ranging from diarrhoea to constipation), but often no altered pathology is seen in the digestive tract. This article will cover the main causes of IBS and what we can do about it.

Rather than being a specific disease, IBS is actually a cluster of symptoms which can make life very challenging for the sufferer as day-to-day life can be so unpredictable. It is common for bouts of IBS to be accompanied by fatigue.

Although GPs and Doctors are managing to diagnose IBS more quickly, there is no standard treatment for the condition, which can leave many patients feeling let down and frustrated. This is partly because there is no single cause, but rather several triggers that can make the condition worse. 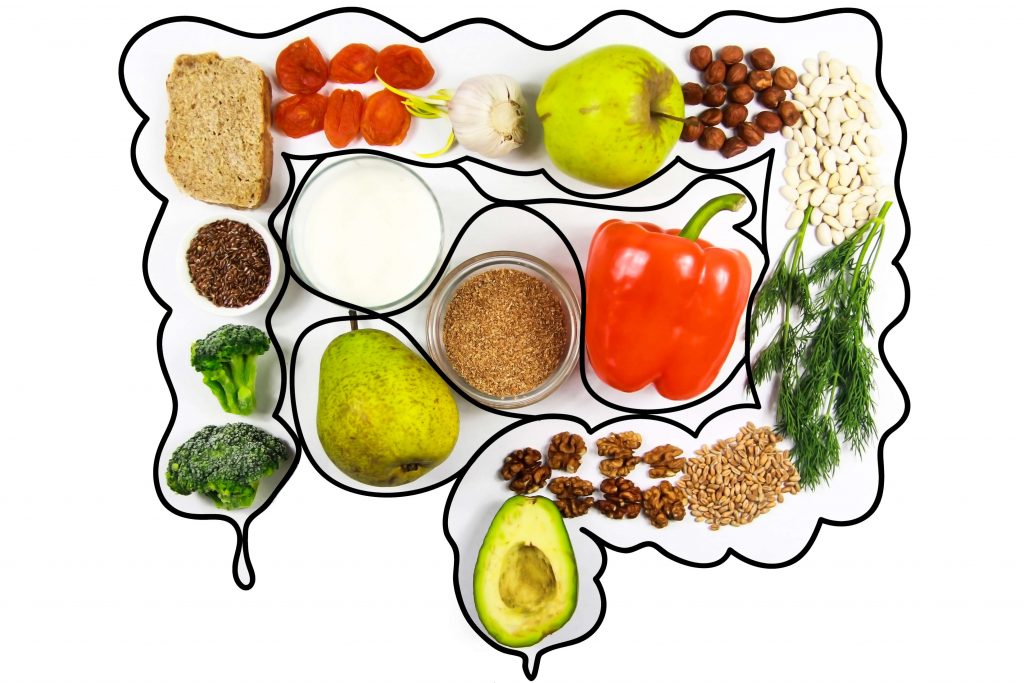 The Common Causes of IBS:

Other IBS related conditions that may mimic IBS:

The main symptoms of IBS are bloating and distension. This can lead to abdominal pain and discomfort with a feeling of increased pressure in the abdomen. These symptoms typically increase after food. It can be difficult to differentiate where pain in the gut is coming from.

Most of the symptoms and pain can be linked back to bloating and distention, of which there are just 3 main causes. 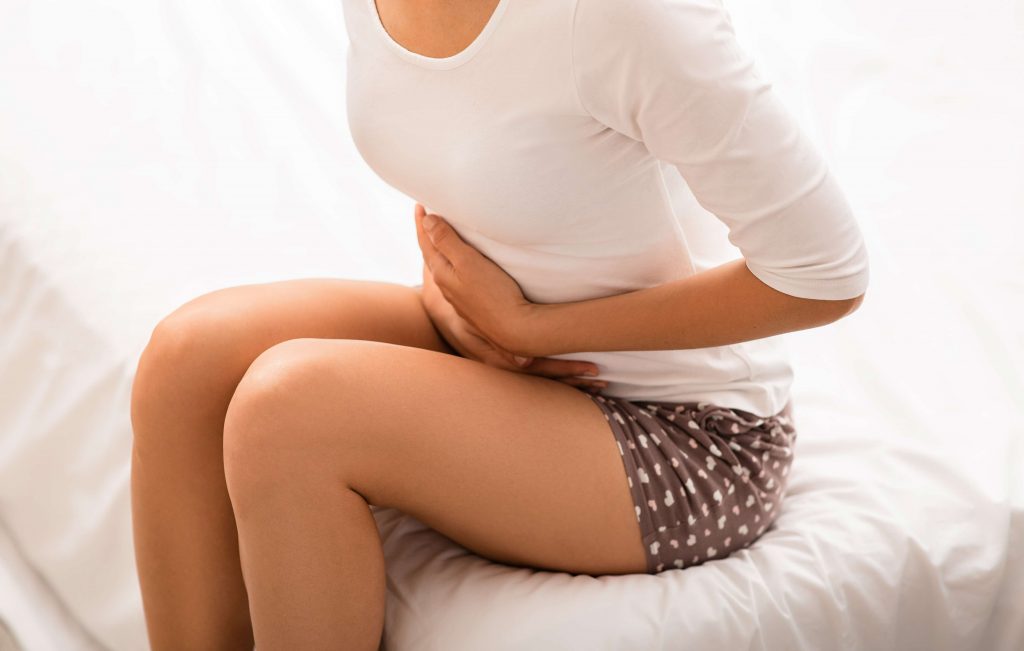 There are 3 different ways in which IBS occurs. One symptom may be more prominent than others, while other symptoms may occur more randomly or unpredictably. These bowel experiences and their unpredictability can lead to a high degree of anxiety for the IBS patient. External factors, such as stress, can also affect stool consistency. IBS has different sub-groups, which are associated with stool consistency.

Intestinal pain can occur when material in one section of the gut passes through slowly while material in another section passes through quickly. These simultaneous actions can produce bowel movements alternating between constipation and diarrhoea, sometimes within the same bowel movement. In addition, prolonged contractions of the bowel might prevent the normal passage of air and trigger bloating, wind, and flatulence. Bloating could become so severe that clothing feels tighter and abdominal swelling becomes visible to others.

Bowel movements – what is normal?

Stool consistency may vary enormously, ranging from entirely liquid to so firm and separated that it resembles small pebbles in IBS. It is normal to expel a stool up to 2-3 times a day, however most people rarely manage this. The amount of stool should be around the length of our wrist to our elbow daily. A stool should be brown in colour and should form a soft sausage shape. It is normal for small undigested seeds, tomato skin and corn kernels to be present in the stool. The Bristol stool chart has kindly assigned a scale to different stools. We are aiming for a number 4! 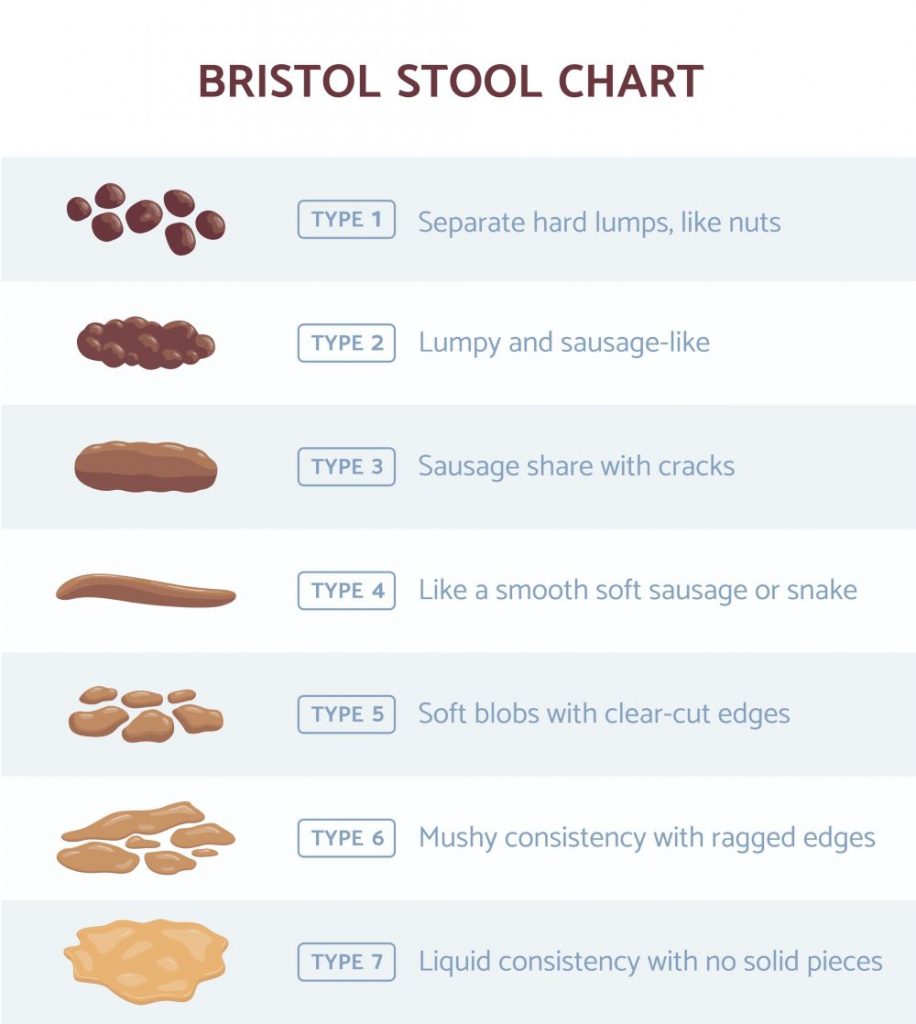 Improving IBS with diet and lifestyle

The following lifestyle changes may help to reduce the symptoms of IBS in many individuals.

Does wheat or gluten cause IBS?

Many people with IBS believe that they are allergic to gluten, but it is not that straightforward! An allergy to gluten can be linked to undiagnosed coeliac disease or non-coeliac gluten sensitivity. However, most people with IBS are actually reacting to a smaller part of the wheat known as fructans. Fructans are part of the FODMAP family and are carbohydrate molecules that are difficult for us to digest. Gut microbes however love to feast on fructans and can produce gas as a bi-product leading to bloating, gas, pain and sometimes diarrhoea. Eating gluten-free may alleviate some of the symptoms, but it is often a fermentation problem, rather than an allergic reaction involving our  immune system.

What about the FODMAP diet?

The FODMAP diet is an acronym for Fermentable Oligosaccharides, Disaccharides, Monosaccharides and Polyols. These are the hard to digest carbohydrate molecules that are present in a myriad of foods from wheat, onions, garlic, beans and lentils, certain fruits, such as apples and bananas, honey, certain vegetables, and some dairy. This diet can be helpful in working out which foods are triggering the most symptoms. It is not a cure for IBS as some people believe, but rather a diagnostic tool. See below.

A series of diet and lifestyle measures work best when working through IBS as we also need to work on the underlying cause. As a nutritional therapist, my aim is to work upstream of the symptoms to help my clients get long lasting results. Sometimes it is necessary to carry out testing to help identify the problems, so some or all of the following would be taken into account.

*The FODMAP diet has been developed by scientists at Monash University in Melbourne which has been successfully adapted by UK researchers at King’s College London.  The FODMAP should only be carried out under the supervision of a nutritionist/ nutritional therapist/ dietician for a SHORT period of time only! 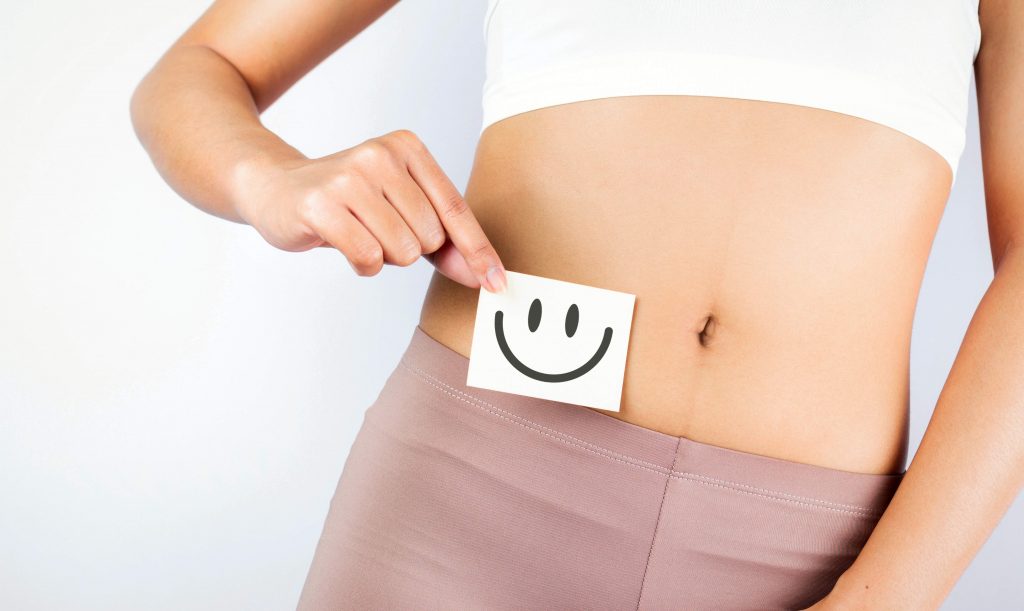 What to Do if You Think You Have IBS

Always consult a medical professional in the first instance to determine whether a diagnosis of IBS is correct and to rule out other causes. It is also advisable to seek advice from a qualified nutritionist / nutritional therapist who can help to identify your triggers using a combination of personalised nutrition or advanced laboratory testing to help identify triggers and to find the right nutrition programme for you.

Dominique Ludwig is the author of this article and as a qualified Nutritionist and Nutritional Therapist, has helped many patients with IBS symptoms during her 20 years of clinical experience. Do get in touch with Dominique for a discovery call if you think you would like advice on how to relieve your IBS symptoms through diet.

To take the first step, why not book a discovery call with Dominique Ludwig BOOK A DISCOVERY CALL HERE

delivered straight to your inbox